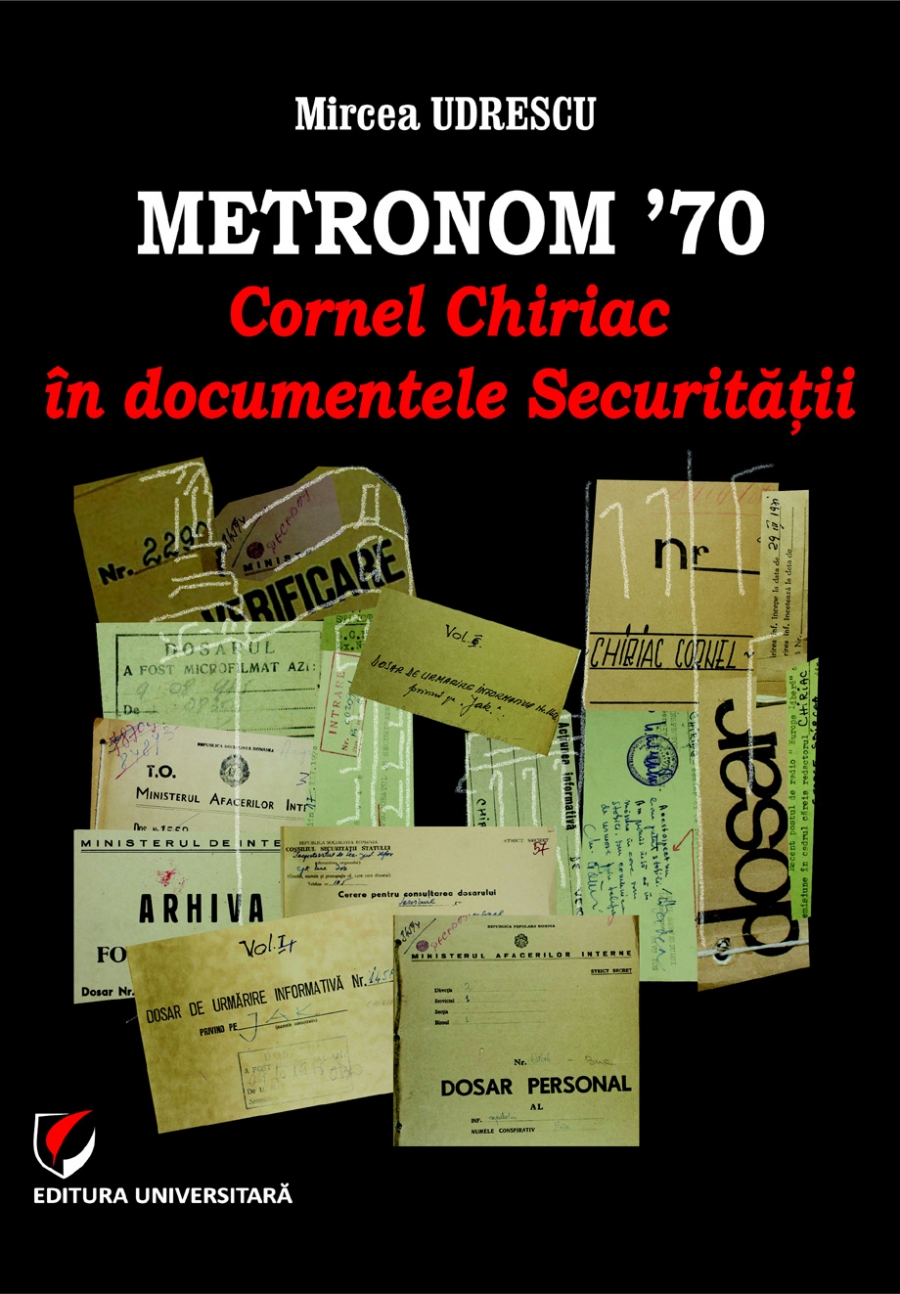 The volume Metronom’70: Cornel Chiriac în documentele Securității by Cornel Chiriac’s best friend, Mircea Udrescu, was launched on 23 May 2015, on the occasion of the annual international book fair in Bucharest, BOOKFEST. This is the third volume that Mircea Udrescu has published about Cornel Chiriac. While the other two volumes approached the subject of his childhood and his activity at Radio Free Europe, the present volume reconstructs step by step the Securitate’s investigation of Cornel Chiriac, which began in 1963 and ended with his death in 1975. In fact, the volume is a combination of memoirs and archival documents that sheds light on Cornel Chiriac’s personality and explains how his rebellious nature brought him into trouble with the Romanian authorities and especially the Securitate. Mircea Udrescu’s analysis of the Securitate documents shows how the Romanian secret police approached the “Chiriac problem,” identified their sources of information, and assigned them specific roles in the informative surveillance of Cornel Chiriac in Romania and in the Federal Republic of Germany. The book launch was attended by a large audience, which included former listeners of Cornel Chiriac’s musical shows, musicians, and young people equally interested in finding out more about the life and activity of one of well-known radio voices during the 1960s and 1970s.