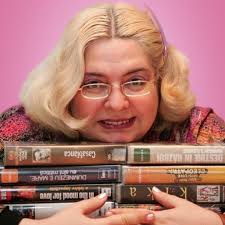 The Irina Margareta Nistor Private Collection includes a series of written documents, together with a few dozen VHS video cassettes preserving a small part of the Western films that were introduced clandestinely into Romania between 1985 and 1989, to be translated and dubbed and then distributed on video cassettes (semi)clandestinely. This collection epitomises a popular culture phenomenon without any equivalent in Eastern Europe, which emerged in Romania as a reaction to the reduction of the official programme broadcast on television channels to just two hours per day and to news broadcasts about the activity of Nicolae Ceauşescu and the leadership of the Romanian Communist Party.