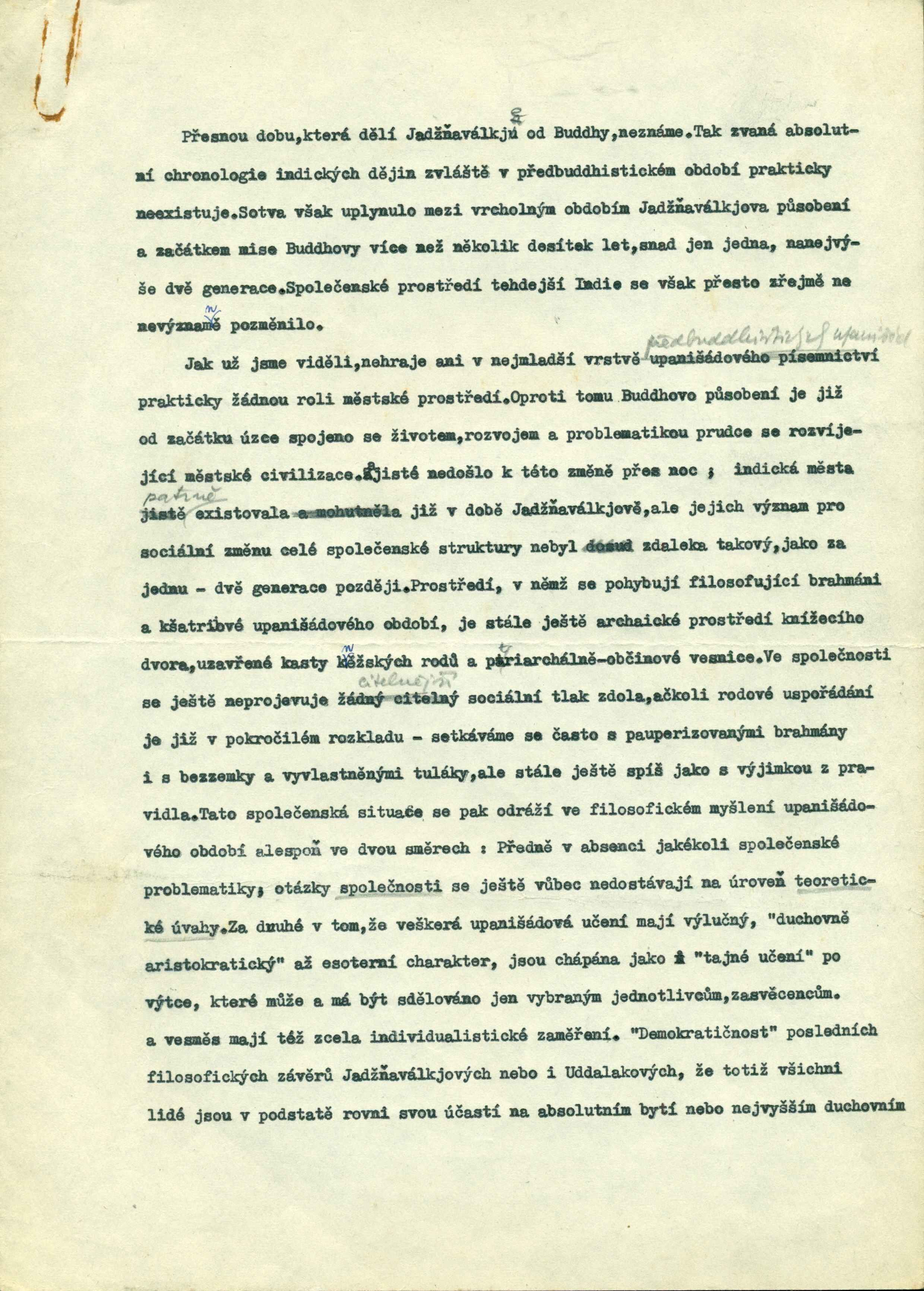 The Czecho-Slovak poet, novelist, playwright, philosopher and “guru” of the Czechoslovak underground, Egon Bondy (real name Zbyněk Fišer, 1930–2007), is well known as the author of dozens of collections of poems and novels. His philosophical texts, however, are an equally significant part of his work. Bondy, who graduated in philosophy from the Faculty of Arts of Charles University, was also interested in Eastern philosophy, in particular Buddhism. He wrote several academics studies on this topic in the first half of the 1960s, and published the book “Buddha” under his real name in 1968 through the publishing house Orbis. This significant study on the founder of Buddhism and his teachings caused a sensation in Czechoslovakia. The book was later republished twice (1995, 2006) in the Czech Republic and still remains topical.

Bondy’s manuscript of his study of Buddha and his teachings was bought by the Museum of Czech Literature (PNP) in 1986 and is now part of the Egon Bondy collection deposited in the Literary Archive of PNP.