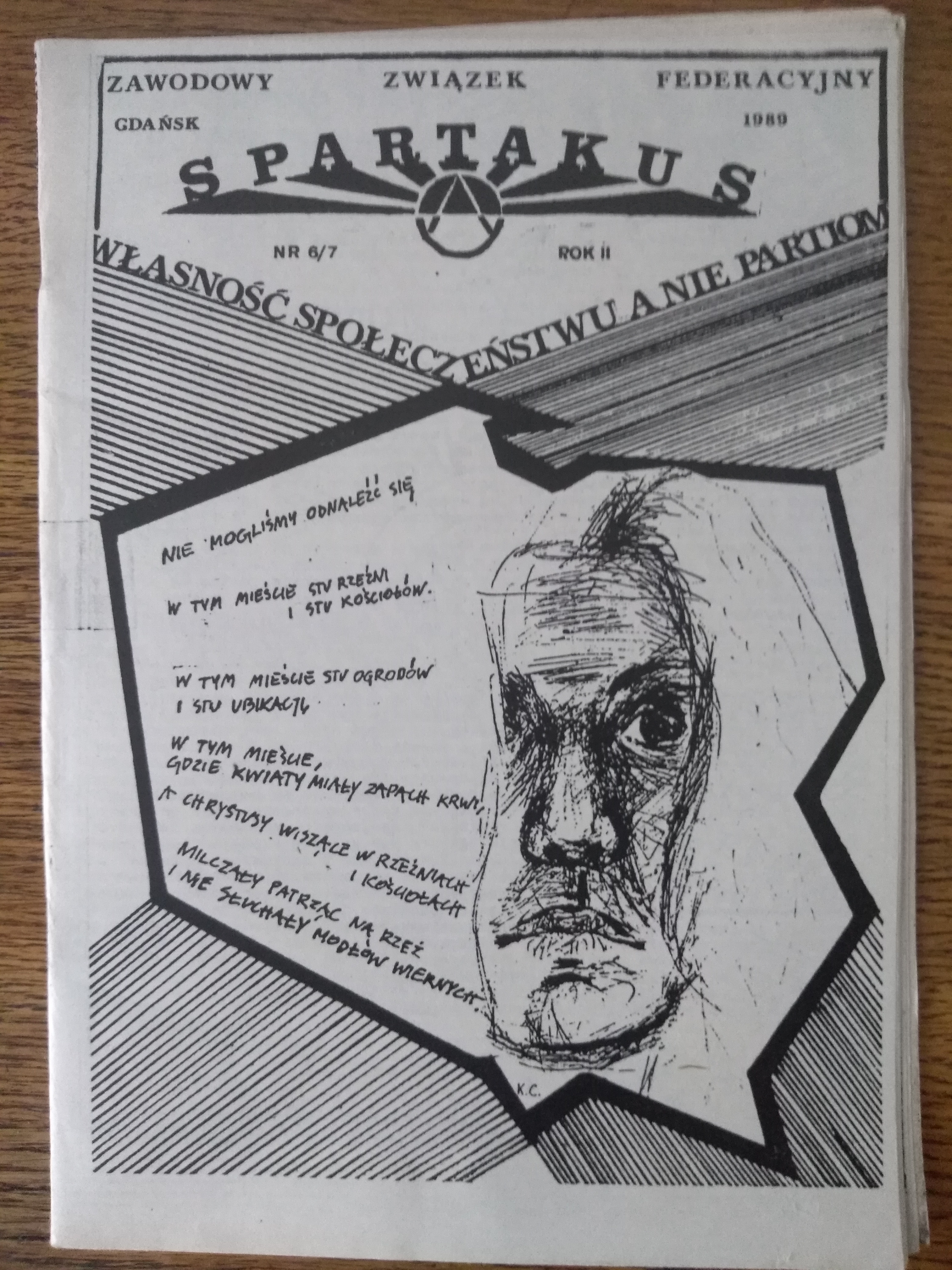 "Spartakus" was a newspaper of the Federal Trade Union “Freedom” (Zawodowy Związek Federacyjny “Wolność”), founded in Tricity by Zbigniew Stybel – one of the key members of the anarchistic Alternative Society Movement. The Federal Trade Union “Freedom” was founded under state socialism and was the first anarchistic trade union after war. Initially its activity was limited to helping conscientious objectorsdoing civilian service instead of mandatory military training based on conscription. Stybel, who stayed out of the anarchistic centre, noticed that people who managed to get a replacement service, were usual made to do very hard and humiliating jobs. Based on this realization, he had an idea to establish a trade union as an organization which could help people in such situation. With time the activities of FTU “Freedom” were broadened to offering help in other work environments.

Unlike other anarchist magazines (like “A Capella”), the “Spartakus” did not have the typical qualities of alternative youth magazines. The editorial board was not eager to use counter-cultural visual extravaganza, and the thematic scope concerned mostly workers’ situation and broader socio-political issues. The magazine’s main goal was to sustain communication between the union and people needing its intervention. Such profile of a newspaper was exceptional in the third-circuit press at the turn of the 1980s and 1990s.