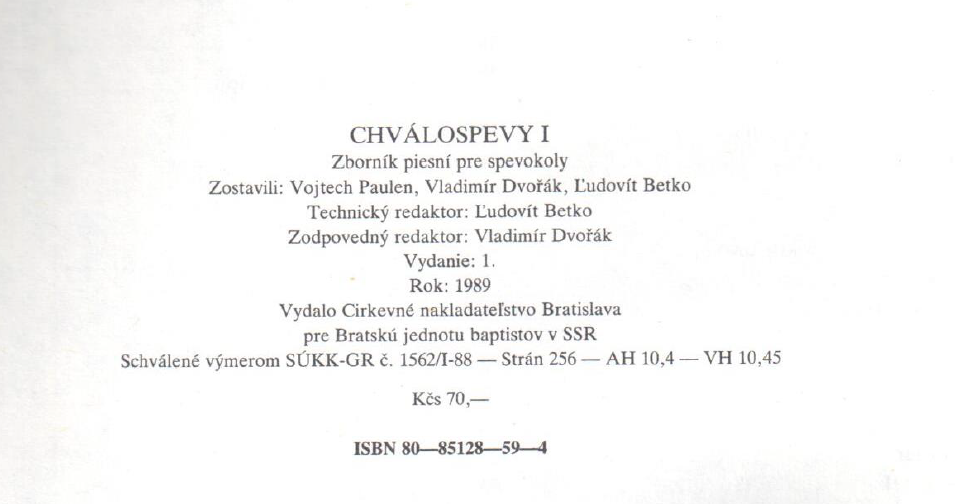 Although the Chválospevy I [Hymns I] collection of hymns for choirs of the Unity of the Brethren Baptists was released in 1989, congregations in Slovakia used the music circulated in hand-copied and photocopied version, as the title page of the collection states on p. 5: “The hymns are collected in various ways and the choirs then lend them to each other and exchange them, they translate, transcribe and reproduce them, or only copy them.” (p. 5) The anthology was published officially. Its preparation took several years, and it represented a compromise between what the Baptist choirs used in practice and what the scope of the possibilities of the Ecclesiastical Publishing House in Bratislava was.