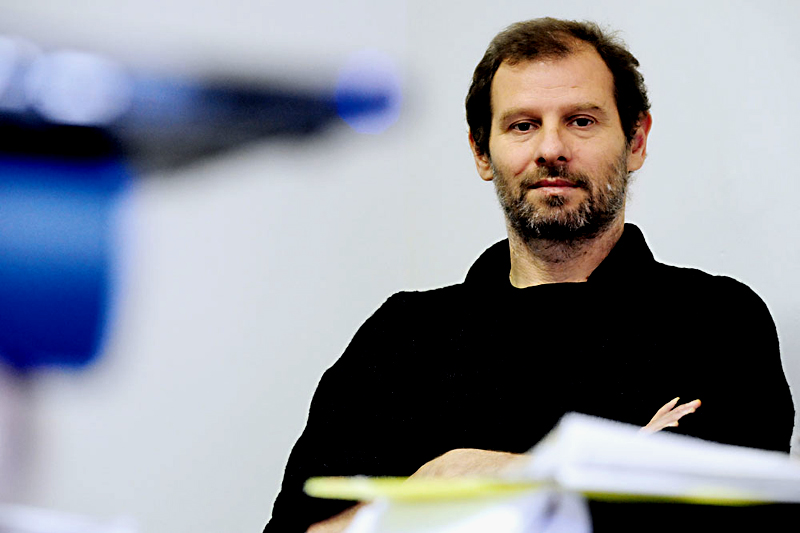 Martin Milan Šimečka was born on 3 November 1957 in Bratislava. His father, Milan Šimečka (1930-1990), was a philosopher and well-known Slovak dissident. Because of this, Martin was not allowed to study and he was trained in a vocational secondary school by the oil company Slovnaft. Up to 1989 he switched between several jobs (shop assistant, male nurse, lifeguard, boilerman). In 1990 he founded the publishing house Archa, where he worked as an editor-in-chief until 1996. Since then he has moved his post of editor-in-chief to various newspapers, including the Slovak daily SME and the Czech weekly Respekt. Today (as of 2017) he is chief of the editorial board of the Slovak daily Denník N. After 1989, as a journalist he contributed to newspapers and journals including Smena, Domino fórum, Národná obroda, Kultúrny život, Slovenské pohľady, Literární noviny, Respekt, Listy, Gazeta Wyborcza and others. Thematically he mostly focuses on the Slovak political and cultural situation.

Along with his journalist activities, he is also a novelist. Before 1989 he published his stories Vojenská knižka [Soldier card] (1981), Výpoveď [The dismissal] (1982), Žabí rok [The frog year] (1983), and a collection of stories Džin [The genie] (1987) in samizdat form, some of which were later published as books. Džin, containing 3 stories, officially published in Slovakia in 1991, has been translated to several languages and won the literary prize of L.A.Times in 1994. In 1991 he published the text collage Světelná znamení [Light signals], which contains excerpts from his fatherʼs letters from his time spent in prison from 1981 to 1982. The starting point of Šimečkaʼs prose is the feeling of the exclusion of the main character and life on the edge of society – a feeling with which Šimečka was struggling under communism. In his novels the main aspect is authenticity of experience in contrast to the world of real socialism. Since 1998 he has been active only as an essayist and columnist.