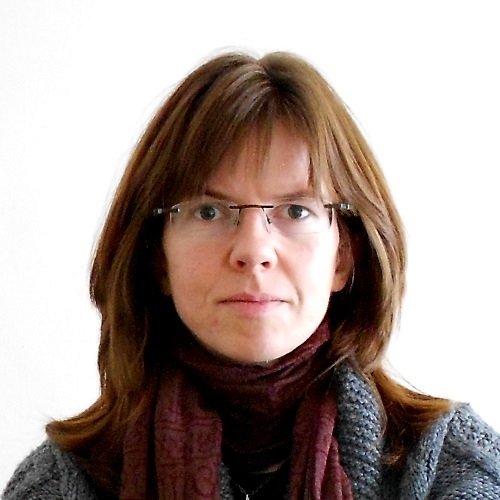 Františka Jirousová was born in March 1980 and is the oldest daughter of the painter Juliana Jirousová, née Stritzková, and the poet Ivan Martin Jirous. She spent part of her childhood alone with her mother and younger sister Marta because her father was active in the underground movement and was imprisoned for his activities. Several letters by Marta and Františka appeared in the publication Ahoj můj miláčku, addressed to their father in prison.

Františka received a degree from the Police Academy (2001) and later graduated in philosophy at Charles University’s Faculty of Arts. In 2017 she finished her doctoral studies in the same subject. Her dissertation work was called Evolution as a way to God in Teilhard de Chardin’s work.

Františka Jirousová worked as an archivist at the Libri Prohibiti library and as a proofreader, and is now employed as a book editor. As a philosopher she deals with Christian philosophy, specializing in the work of Pierre Teilhard de Chardin. When she was younger she painted, but later she swapped her brush for a pen and wrote two novels.

Františka Jirousová, together with Jana Bauerová, founded the literary group Catholic Decadence in 2004, and in 2018 they published their diary memories of Ivan Martin Jirous entitled Maga. As heir to Magor’s farm (Magor was the nickname of I. M. Jirous), Františka Jirousová runs and maintains this farm, which is open to students and artists for free. Jirousová lives alternately in Prague and Prostřední Vydří.