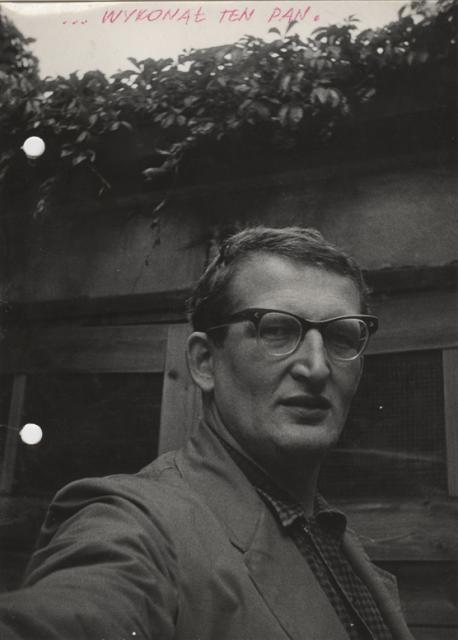 During the World War II he participated in clandestine education at Warsaw University of Technologies. He was a prisoner of Auschwitz-Birkenau camp. After the war, between 1945 and 1947 he worked as a graphic designer in the Office of Capital's Reconstruction (Biuro Odbudowy Stolicy), special unit devoted to planning of post-war Warsaw reconstruction.

In 1960s he was running the atelier of Photographic Design at the Academy of Fines Arts in Warsaw. That said, he remained in the official scene of Polish art. However, his creative works are described as opposed to requirements of socrealist propaganda. Unlike many of the art creators at that time, he concentrated on the form of his works, often nuancing the political message of the poster or book cover. His artwork is perceived as complicated and ambiguous, breaking with the dominant narrative. His journeys to the Western Europe as a designer working on Polish exhibitions enabled him to cope with the shortage economy and to get new materials for works.

Zamecznik was one of the finest representatives of Polish school of poster. He was one of the first graphic designers to use and re-use photographs in designing film and propaganda posters. However, in his art photography served not only as a part of graphic designing, but was a separate genre of artistic fulfilment. He exhibited his photographs at separate events, however a huge part of the thousands of his photographs remained unknown to wider public until Archeology of Photography Foundation re-discovered his figure in the 2000s.