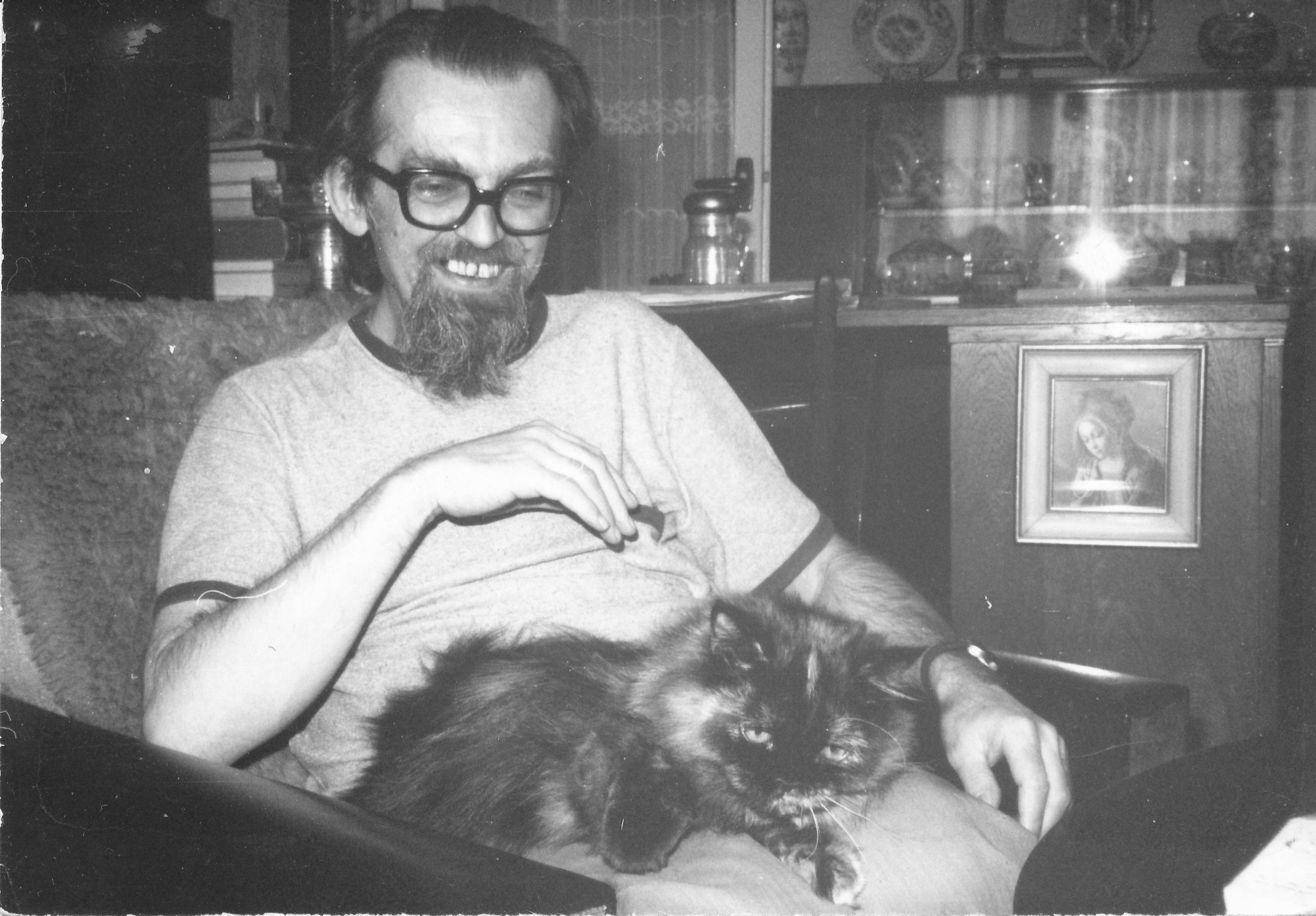 Jaromír Šavrda was a Czech journalist, writer, political prisoner and significant representative of dissent in Ostrava. He graduated with a degree in Czech studies from the Faculty of Arts of Charles University in Prague in 1957 and later worked as a librarian in Ostrava. After the end of 1950s, he taught at a high school; from 1963 he worked as a full-time writer and journalist. He was expelled from the distance studies of law shortly before graduation in 1972. He worked as a warehouse keeper in a geological research between 1972 and 1975 when he was forced to retire due to ill health. Šavrda, who was not allowed to officially publish after 1968, published his texts as samizdat in the 1970s and 1980s, mostly in his own edition Libri prohibiti founded in 1972, as well as exile magazines (e.g. Svědectví or Listy). He also collaborated with a branch of a samizdat edition Petlice in Brno. He was sentenced to two and half years of imprisonment because of the production of Libri prohibiti and for possession of forbidden printed materials in 1978. After his release from prison, he signed Charter 77 in 1981. In September 1982, he was taken into custody again for alleged sedition and possession of forbidden printed materials and sentenced to twenty-five months. Even after his second release, Šavrda continued in his samizdat activities, for example, he printed his translations of Anna Achmatova poems (Requiem, 1987). The flat of Šavrda and his wife was a place of regular meetings of dissidents from Ostrava and the surrounding area, even during the time when Šavrda was in prison. His prison experiences were depicted in his book Přechodné adresy (The Temporary Addresses), first published as samizdat in 1987 and officially published in 1991. Jaromír Šavrda died in May 1988 as a consequence of his imprisonment. In 1993, he became a honorary citizen of Ostrava, and he was in memoriam awarded the Class IV Order of Tomáš Garrigue Masaryk by the president Václav Havel in 1998. “Cena Jaromíra Šavrdy za svědectví o totalitě” (the Prize of Jaromír Šavrda for Witnessing of Totalitarism), awarded by the association PANT since 2008 on the Human Rights Day, now bears his name. The name of the library Libri prohibiti, founded by Jiří Gruntorád in 1990, refers to the name of Šavrda’s samizdat edition.