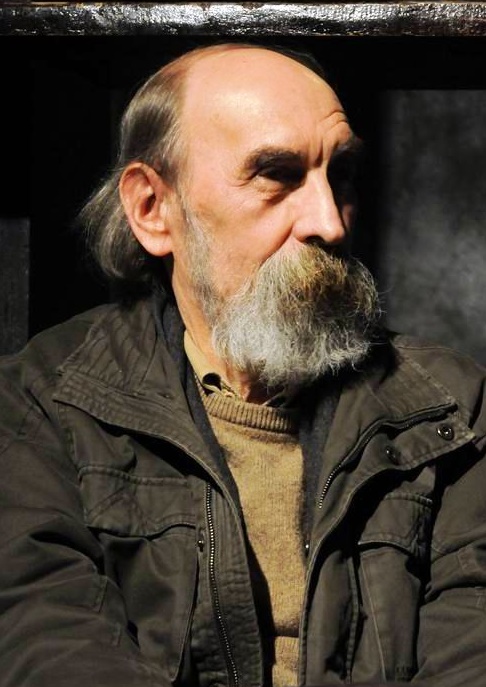 William Totok, born on 21 April 1951 in Comloşu-Mare (Romania) in a family of Danube Swabians from the Banat, is a writer and journalist, with an intense literary activity in 1972–1975 as part of the Aktionsgruppe Banat, a literary group considered subversive by the Romanian communist regime. During high school in Sânnicolaul Mare, Totok wrote and sent several unsigned letters to Radio Free Europe, criticizing, among other things, various aspects of Romanian society at the end of the 1960s. These letters were addressed to Cornel Chiriac, a famous journalist and radio producer, who had just emigrated to the Federal Republic of Germany, where he continued his very popular music show Metronom at Radio Free Europe.  As a result of these letters being mentioned during some shows in 1969, the Securitate started looking for their author (ACNSAS, I 210 845, vol. 1, f. 32). After extensive investigations, Totok was identified as the author and interrogated by the Securitate, but he was not imprisoned. Subsequently, during his mandatory military service in Baia Mare (in northern Romania), his house was searched and a series of his poems were confiscated by the Securitate. He was again put under investigation for the letters sent to Radio Free Europe. The communist authorities chose to expose him publicly instead of sending him to a military court, at a time when the use of repressive measures was decreasing. His public exposure with a view to re-educating him took place in February 1971 in front of the entire military unit (ACNSAS, I 210 845, vol.1, f. 1).

William Totok was a precocious poet. His first poems were published by the magazine Neue Literatur in 1970. Totok was one of the initiators of Aktionsgruppe Banat, a group of unconventional writers whose literature was critical towards “actually existing socialism” (Bahro 1978), and took inspiration from Bertolt Brecht’s creations and the literature of the “Vienna Group” (Wichner 2013, 6). From a political point of view, they were supporters of neo-Marxism assimilated through readings from the works of the philosophers of the Frankfurt School. Starting from this ideological foundation, the group members delimited themselves from the values of their parents’ generation, marked by the remnants of the Nazification of the German minority in Romania in the period from 1939 to 1944 (Totok 2001, 14). The group was active from 1972 to 1975, when it disintegrated as a result of the repressive actions of the communist authorities. For his unconventional literary activity Totok was initially attacked in the local press, which labelled him as a “long-haired parasite” (Totok 2001, 14). The attacks in the press against the members of the group were aimed at reducing their increasing influence over the younger generation in Timișoara.

Through their intense activity, the group, which dominated the student literary circle called Universitas, drew the attention of the Securitate, which started to recruit informants from among those who attended the meetings. Even group members were targeted by Securitate, among them Totok himself. He decided to agree to collaboration with the Securitate, but to only divulge the information that the young writers wanted to convey to the Securitate and to inform the others about the actions of the secret police (Wichner 2013, 7). As part of this plan to manipulate the Securitate, Totok became a “source” for the secret police and supplied a series of pieces of general information which the Securitate officers considered without “operational” value. In Totok’s opinion, the organization in May 1975 of an anniversary meeting to mark three years of group activity including a public reading of a series of poems, whose title “Frantic applause from everybody” was an allusion to Nicolae Ceaușescu’s personality cult, was perceived by the Securitate as a provocation (Totok 2001, 26). The arrest of William Totok’s brother, Gunter Totok, in the summer of 1975, on the grounds that he had expressed critical opinions concerning the regime, gave the Securitate the pretext to search the family home in Comloșu Mare and to confiscate a series of writings by William Totok: his diary for the period 1970–1973, two notebooks of poems, letters, and a series of notes (Totok 2001, 30–33). However, as Totok mentions, these were not mentioned in the Securitate’s search minute as stipulated by the law.

In the fall of 1975, during a trip to Comloșu Mare, William Totok was arrested along with other members or sympathizers of the group, including Richard Wagner, Gerhard Ortinau, and Gerhardt Csejka (Wichner 2013, 7). Because Comloșu Mare was close to the Yugoslav border, they were initially accused of fraudulent border crossing. The investigation showed that the real reason for the arrest was different. The Securitate intended to accuse the arrested young writers of activities undermining the regime. The investigation focused on certain texts considered subversive because of the irony in the subtext aimed at Ceaușescu’s political regime, for example, a text by William Totok entitled Rumänisches Lied:Februar 1973 (Romanian song: February 1973) and Gerhard Ortinau’s poem entitled Die Moritat von den 10 Wortarten der traditionellen Grammatik (The street ballad of the ten parts of speech of the traditional grammar) (ANSAS, P 054927, f. 55). During the investigation, the local party representatives learnt that there were plans to raise serious charges against the writers. According to William Totok, because they wished to avoid complications which might have resulted from the conviction for political reasons of these already well known young writers, they asked the local representatives of Securitate to release them (Totok 2001, 47–48). The measure that the Securitate subsequently adopted was to destroy the group and to discredit it in the public eye by spreading rumours. Consequently, the arrested writers were released after around a week of interrogations. However Totok was arrested again in November 1975 because the Securitate considered him to be the most dangerous member of the group, most likely due to the letters he had sent previously to Radio Free Europe. He was subject to investigation over more than eight months and only released when newspaper articles about his case were published in the Western press (Iorgulescu 2006, 422). An article concerning the Totok case, published in the West German newspaper Frankfurter Rundschau in July 1976, mentioned ironically that a series of “ethnic Germans with Marxist convictions” were disturbing the “revolutionary peace of the ‘socialist’ state” (Totok 2001, 79). During the investigation, Totok was expelled from the University of Timișoara, probably because of pressures exercised by the Securitate.

Totok sent many petitions to the local authorities requesting to be allowed to continue his studies and to get back the manuscripts confiscated by the Securitate. In the end, he received most of his manuscripts in 1977, and in 1979 he managed to finish his studies in German and Romanian philology at the University of Timișoara (Totok 2001, 88–89). Gradually, William Totok resumed his literary activity.In 1977 he was present at the meetings of the Adam Müller-Guttenbrunn literary circle in Timișoara, where most members regrouped at the end of the 1970s. At the beginning of the following decade, Totok was even allowed to publish his first volume of poems, entitled Die Vergesellschaftung der Gefühle (The socialization of feelings) at the Kriterion publishing house in Bucharest, and to work in the German language media in Timișoara. Amid deteriorating living conditions and personal rights in Romania in the 1980s, William Totok decided to emigrate and left the country in 1987, settling in Berlin. Here he continued his writing career and collaborated with radio stations such as: Radio Free Europe, RIAS, DS-Kultur, DLF, and Deutsche Welle. Subsequently, he founded with Johann Böhm and Dieter Schlesak the online academic journal: Halbjahresschrift für südosteuropäische Geschichte, Literatur und Politik. He has published many volumes of literature, memoirs, and essays in Romania and in Germany. He was a member of the Wiesel Commission, which studied the Holocaust in Romania, and co-author of the final report of this commission. For his prolific literary, journalistic, and academic activity he has received such distinctions as the Leonce-und-Lena-Förderpreis (1987) and the prize of the Henning-Kaufmann-Stiftung Foundation (1989), and in 2009 he was decorated by the President of Romania with the Order of Cultural Merit as Officer.