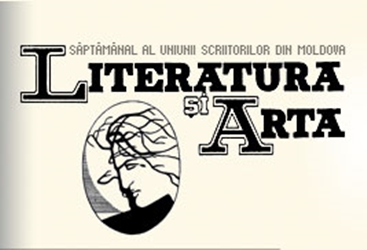 The magazine Literatura şi arta came to be the pièce de résistance of the Marian Zulean collection. Out of the more than 400 documents that the collection included at its largest extent, almost half were archived copies of this magazine, which was published in Chişinău and reached Romania before 1989 by means of subscriptions at the Romanian Post Office.

At the same time, as regards the material from which it was made, this magazine was also in the most precarious condition, as it was just printed on extremely fragile newsprint. “Literatura şi arta had a high potential to be destroyed or to disappear. Which indeed happened,” says Marian Zulean. In the first place, with the moving of the whole private archive that makes up this collection from Marian Zulean’s home in Craiova to that of his parents in the country, some publications deteriorated, especially Literatura şi arta. Then, as interest in the issues exposed in this magazine diminished significantly after the first years from the fall of communism, the attention given to this publication also decreased dramatically. On top of that, in the Romanian countryside there are other ways of making use of newsprint than might occur to a reader or a historian. “I can imagine that, as newsprint is porous and can preserve certain products relatively well, it may have been used to make sui generis wrappings to keep eggs. The fact is that the vast majority of the issues of the magazine that I gathered in the period when I lived in Craiova have disappeared,” remarks Marian Zulean.