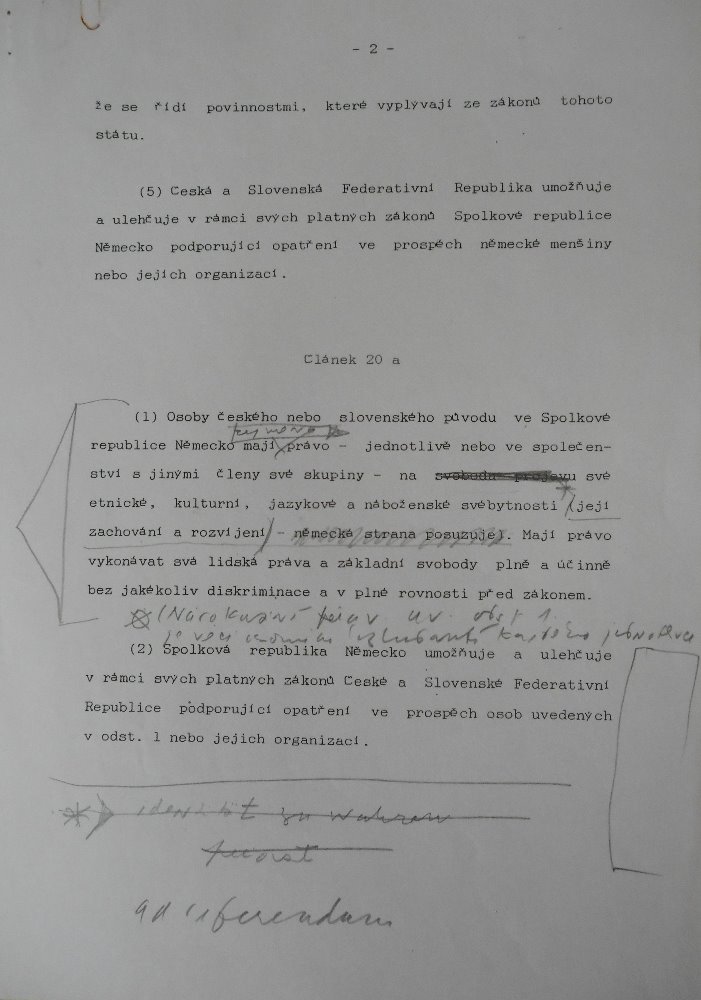 The collection contains a draft of the Czechoslovak-German Treaty: the Good Neighbourhood and Friendly Cooperation, of May 1991, for the negotiations between the Czechoslovak president Václav Havel and the German Chancellor Helmut Kohl. The final version of the treaty was signed in 1992. The draft is extensive, containing 72 pages and is provided with Gruša´s comments written with pencil. Gruša proposed to replace the order of some paragraphs, to reformulate the passages concerning especially different rights of both nationalities with a goal to unify their rights, etc. The unique document is in Czech and German, and illustrates the negotiation process between these two countries as well as Gruša's own views and opinions.