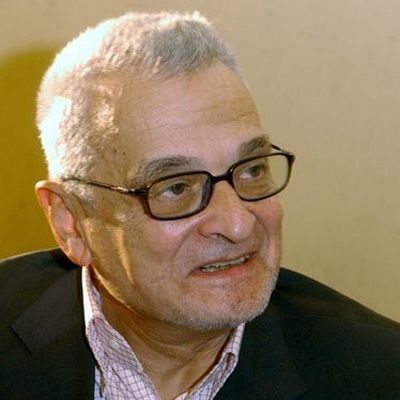 Ion Vianu (b. 15 April 1934), a Romanian psychiatrist and writer, is the son of Tudor Vianu, a prominent literary historian and critic. Ion Vianu is best known for his instrumental contribution to the unmasking of the misuses of psychiatry in communist Romania. In 1952, he began his studies in classical philology at the University of Bucharest. He did not consider himself to have a natural talent for classical literary studies, and thus he abandoned philology for medicine. Another reason for his decision to radically change his career was that he thought that in contrast to the humanities, which were aggressively subjected to political control, a doctor would enjoy some degree of independence. According to his testimony, he hoped that his decision would help him “live as a free man in that sea of obedience and oppression which was Romanian society” (Călinescu and Vianu 2006, 14–101).

After graduating from the University of Medical Studies in 1962, he followed a university career in the field of psychiatry. During the short period of political relaxation in the mid-1960s, Ion Vianu was able to travel to the German Democratic Republic and even to France on a scholarship offered by the World Health Organisation. In spite of the temptation to settle abroad, he returned to Romania as he believed that he could make a difference in his professional field and change the situation of the country for the better (Călinescu and Vianu 2006, 193–223). Indeed Ion Vianu became a well-known and respected psychiatrist. The results of his medical research were comprised in a volume entitled Introduction to Psychotherapy, which was published in 1975. His relations with the communist regime became rather tense as he refrained from becoming a Party member, as most Romanians did taking into account the advantages attached to Party membership, and from becoming an informer of the Romanian secret police, the Securitate. On the contrary, Ion Vianu decided to reveal how his profession was turned into a tool of repression against those who decided to speak against the regime. Based on his direct experience, he published in 1976, an article entitled “Psychiatry, anti-psychiatry, hyper-psychiatry,” in which he implied that psychiatry and psychiatrists were used in Romania for political purposes. Although he did not explicitly denounce psychiatric repression, the article illustrated that some doctors would diagnose the public critics of the communist regime as having mental diseases, contributing to their forced admission to psychiatric hospitals, where they could be isolated and kept under strict surveillance. (Călinescu and Vianu 2006, 234–239, 340–341, 345; C Petrescu 2013, 132–133).

Shortly after, in February 1977, Ion Vianu applied for an emigration visa. However, before leaving the country, he and his friend, Ion Negoițescu, joined the emerging movement for human rights, which the writer Paul Goma initiated in January 1977 following the model of Charter 77. Disregarding any personal risks that his actions might attract, Vianu wrote a letter of support to Paul Goma, which also reached the international media, making this position publicly known. Moreover, with Paul Goma’s support, Ion Vianu wrote another open letter in which he explicitly denounced the use of psychiatry as a political tool against the opponents of the communist regime. As a result, the communist authorities subjected his nine-year-old child to brutal treatment and urged the University of Medical Studies to fire him. Besides losing his position, Vianu came to be investigated for proliferating defamatory statements in the above-mentioned article. Due to international protests, Ion Vianu was eventually allowed to emigrate, but not before the commander of the Foreign Intelligence Directorate of the Securitate himself, General Nicolae Pleșită, had threatened him, reminding him that this institution had the capacity to reach the “enemies of the regime” even in Western countries.  Vianu and his family left Romania on 28 July 1977 to finally settle in Switzerland (Călinescu and Vianu 2006, 346-356).

In exile, Ion Vianu worked as psychiatrist and joined the Swiss Association against the Political Use of Psychiatry, which aimed at raising the awareness of the international public opinion about the abuse and misuse of psychiatry not only in the USSR and the Soviet bloc, but also in other dictatorial regimes across the world. At the same time, Vianu continued to denounce the abuses committed by the Romanian communist regime in psychiatric hospitals and the misuse of medical practitioners to silence political dissidents (Vianu 1979). He ceaselessly testified to such cases that he had witnessed while a psychiatrist in communist Romania in front of various Western institutions, such as the European Parliament, or non-governmental organisations, such as Amnesty International, standing out as a defender of human rights and an opponent of the Ceaușescu regime.