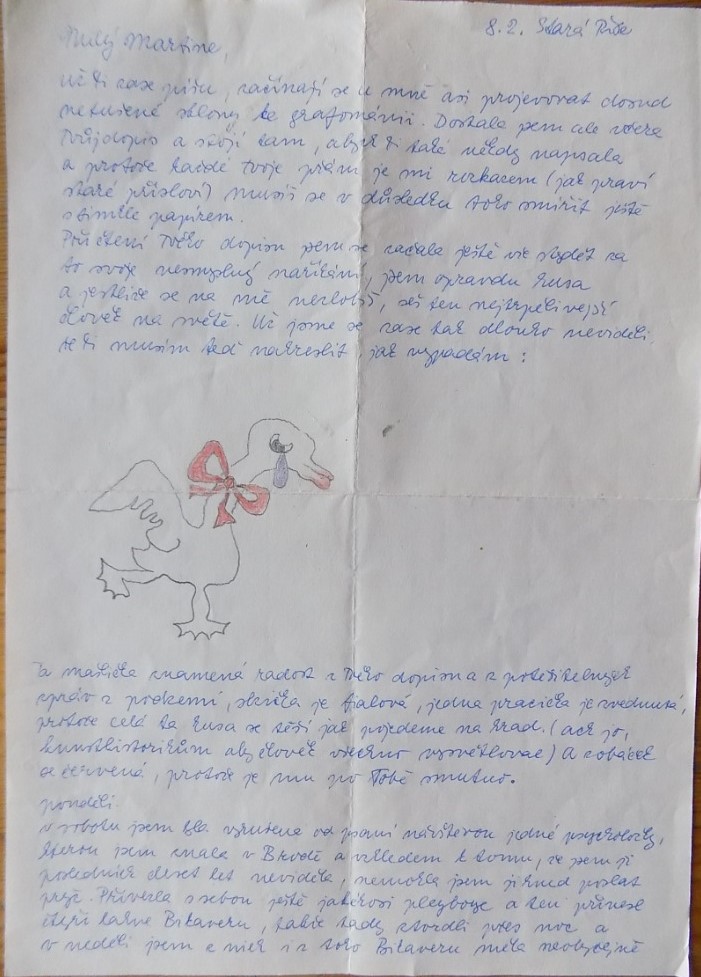 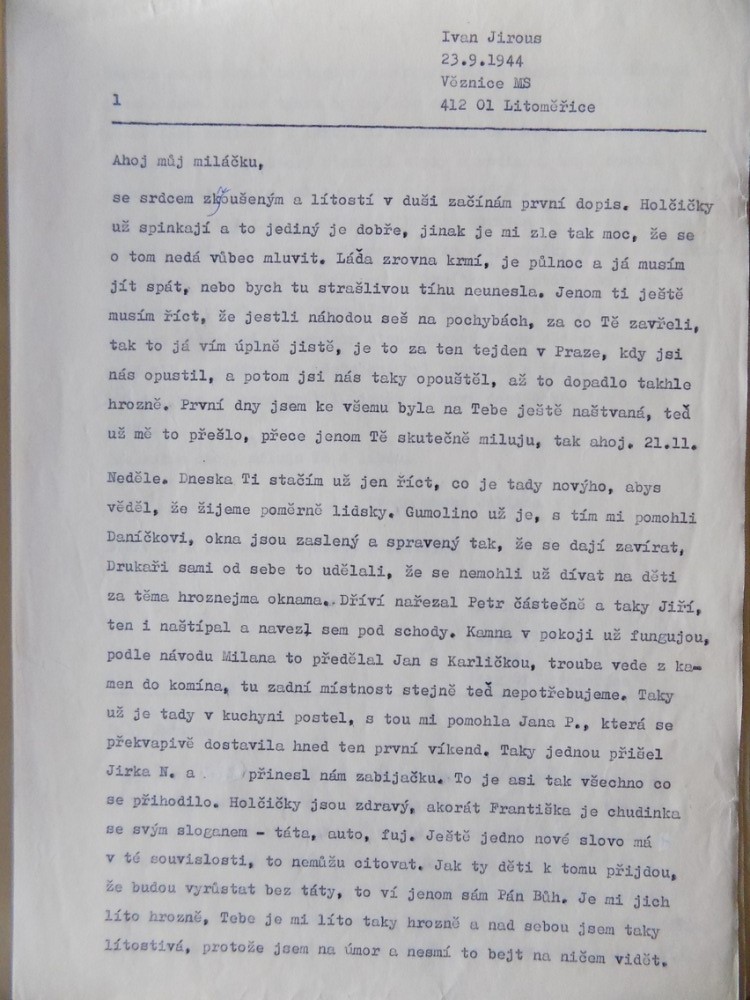 This collection contains letters which the Libri Prohibiti Library obtained from the estate of the poet and manager of the Czechoslovak underground band Plastic People of the Universe, Ivan Martin Jirous. These letters were written by his wife, the painter Juliana Jirousová, during his many stays in prison. However, we can also find several unknown letters which were written before their wedding. This collection contains over 120 letters.