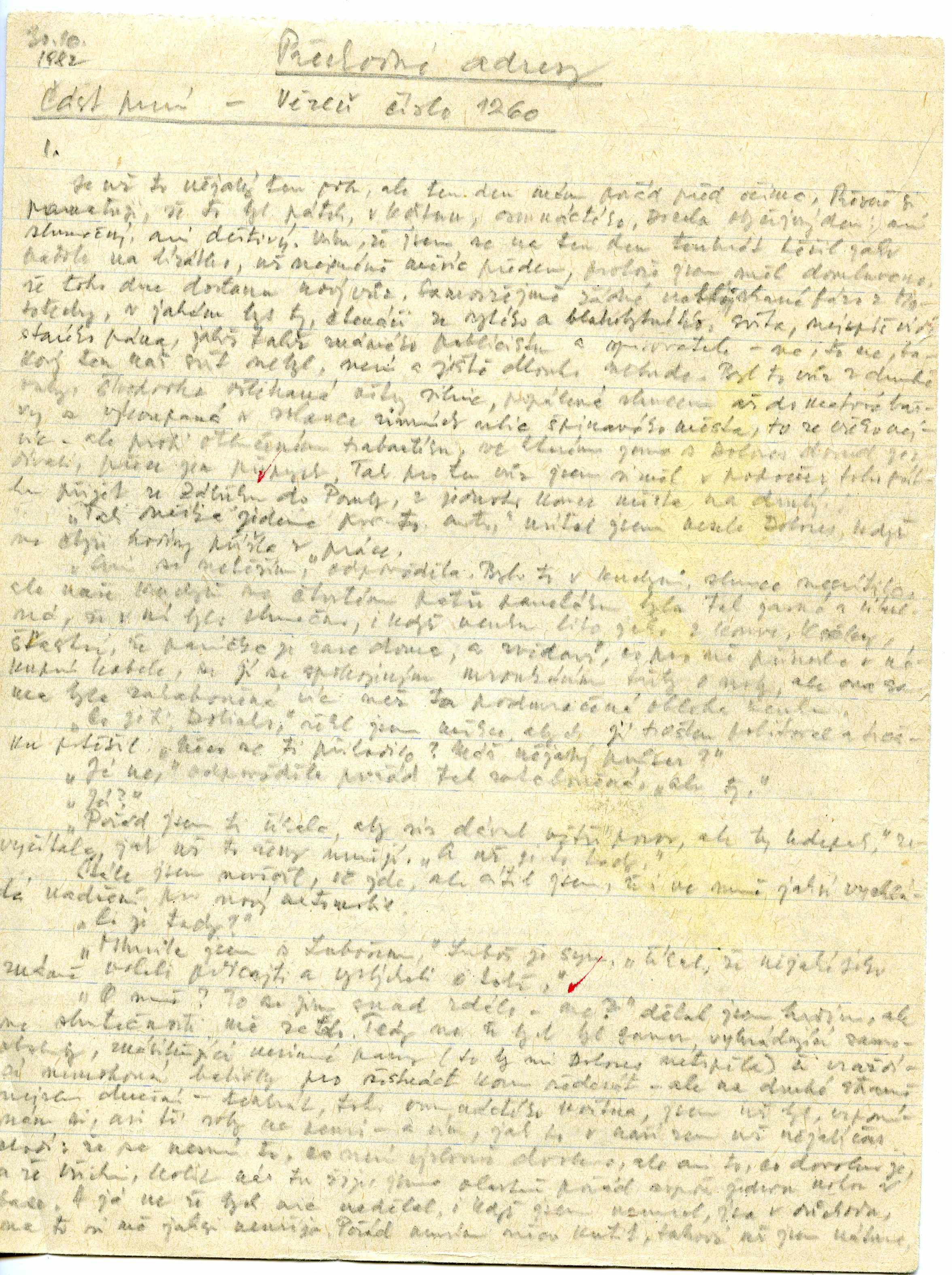 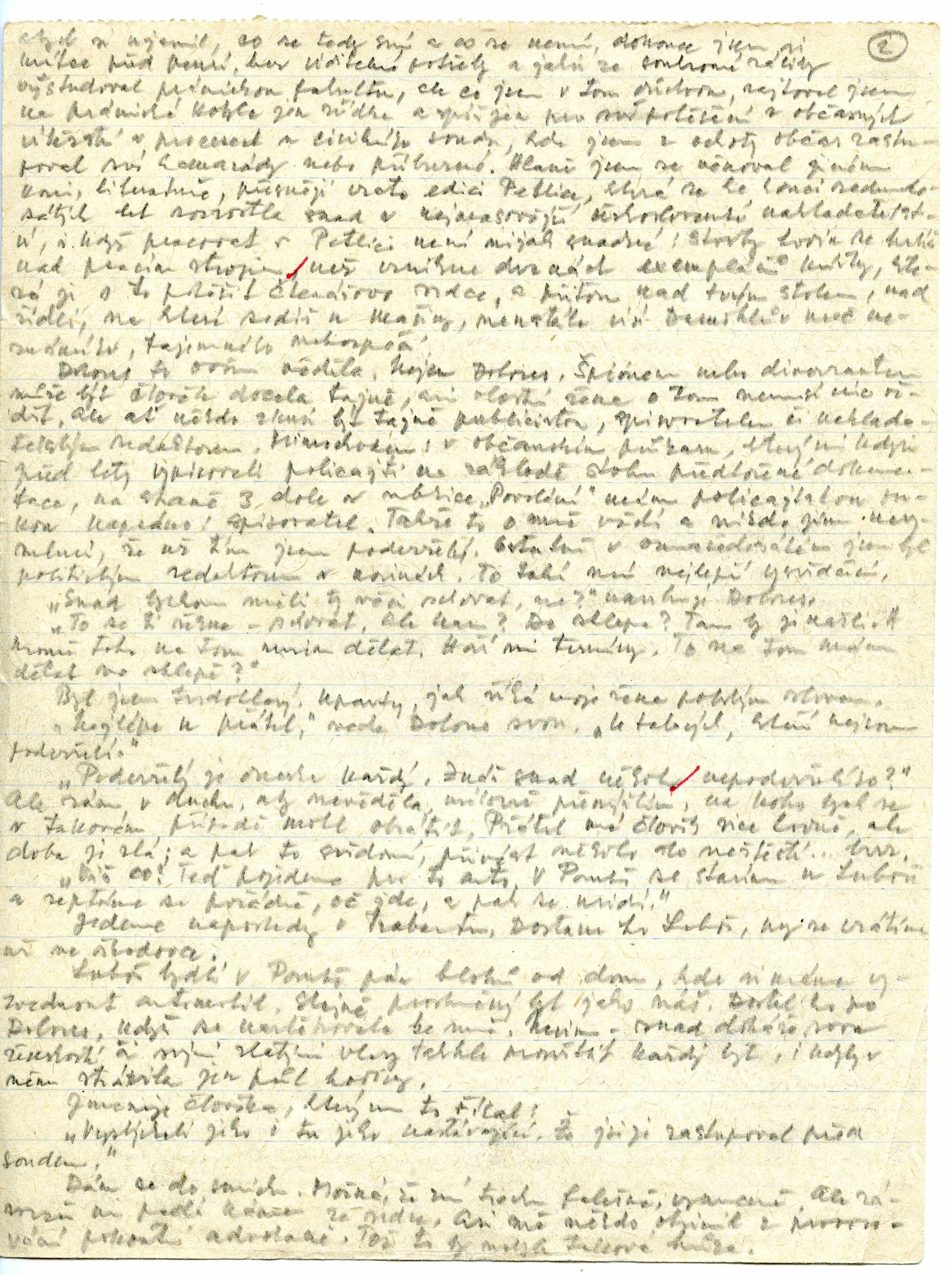 Jaromír Šavrda, a writer, poet, journalist and dissident from Ostrava, was, because of his samizdat activities, twice held in the custodial prison in Ostrava and later imprisoned in Ostrov nad Ohří, first from September 1978 until March 1981 and then from September 1982 until October 1984. During his second stay in prison, Šavrda wrote two books reflecting his experiences as a political prisoner; they depict his personal experiences from police persecution and describe the lives of people that Šavrda met in prison. The first of the books was “Vězeň č. 1260” (The Prisoner No. 1260), written between September and November 1982 and published as samizdat, followed by “Ostrov v souostroví” (The Island in the Archipelago), written by Šavrda between November 1982 and January 1983. After his return from prison, this two texts were published in 1987 as an omnibus called “Přechodné adresy” (The Temporary Addresses), at first in samizdat edition Popelnice and then in edition Expedice. “Přechodné adresy” was first officially published in the 1990s (Ostrava: WMCG 1991, 1993). Both texts were also published separately with original titles in 2009 (Prague: Pulchra, 2009). “Přechodné adresy” (2009) is also a name of a documentary film about Jaromír Šavrda directed by Petra Všelichová.