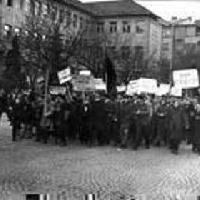 Kosovo 1968 Demonstrations
This collection addresses the 1968 demonstrations in Kosovo. It is comprised of archival documents distributed throughout different fonds of the Archives of the Republic of Kosovo. It addresses demands articulated by students, most of a political nature, which included: the creation of an Albanian language university in Pristina; designating Albanian as an official language of the government in Kosovo; self-determination for Kosovo and Albanian areas in Macedonia and Montenegro, and assigning Kosovo the status of a republic within the Socialist Federal Republic of Yugoslavia (SFRY), with its own constitution. These student reactions were the first examples of open Albanian political resistance in Kosovo during the socialist regime.
pročitaj više 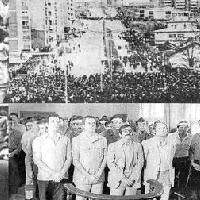 Kosovo 1981 Demonstrations
The topic of the collection addresses the 1981 demonstrations in Kosovo. This collection holds archival documents distributed in different fonds of the Kosovo Archives. It illustrates the nature of demonstrations that took place in March and April 1981 and the corresponding responses of political and academic elites.
pročitaj više 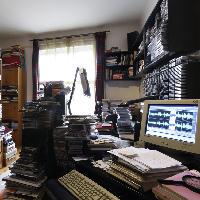 The private collection of musician, DJ, radio journalist, and educator Attila Koszits is the primary source on rock and underground (especially New Wave) culture of the last half century in Pécs, a city in southern Hungary. The collection contains periodicals, photo documentation, literature of music, bootleg recordings, and music recorded on discs and cassette tapes.

“Kowalnia” is the popular name of professor Grzegorz Kowalski's Studio of Audiovisual Space at the Academy of Fine Arts in Warsaw. Kowalski, a creator of installations and performer, has been its leader since 1984, drawing from the modernist tradition in which he was educated, and the communal, countercultural experiences of his own artistic activity. The studio gained popularity in the 1990s as a forge of the stars of the art world and of some of the most controversial figures in Polish “critical art”. The archive, maintained by the Museum of Modern Art in Warsaw, includes photo and video documentation of the studio's activity, as well as its manifestos, exhibition catalogues and issues of a zine published by students. 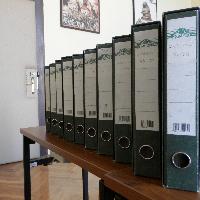